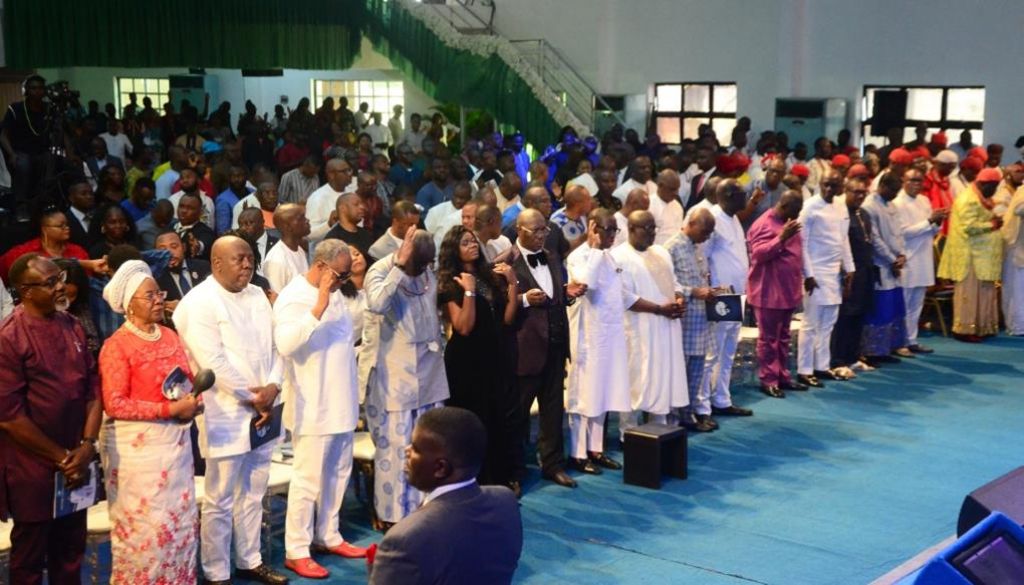 The esteemed Director of Christ Embassy Warri Ministry Center, Evang. (Dr.) Eddy Owase, while ministering during the service, congratulated the Governor, Sen. Ifeanyi Okowa and his deputy, Dcn. (Barr.) Kingsley Otuaro on their election. Reading from Psalms 18:29-33, the esteemed Directorstated, “It is recorded in Heaven that you are in power, so God has a plan to protect and guide you as well as lead you to lead the good people of Delta state,” addressing the governor and his deputy.

The Deputy Governor, Dcn. (Barr.) Kingsley Otuaro, thanked the Lord profusely, declaring that he will always magnify God in everything as he expressed his utmost gratitude to God for a successful re-election in spite of challenges. The Governor, Sen. (Dr.) Ifeanyi Okowa, also took the podium to speak during the Thanksgiving Service. In his words, “there are so many reasons to thank God.” “I and the deputy Governor stood together in Christ, and now we are testifying to the Lord,” he said. The Governor thanked the church for her support, prayers and contributions, and went on to assure the people of Delta state that the remaining years of their administration will be filled with prosperity and stability.