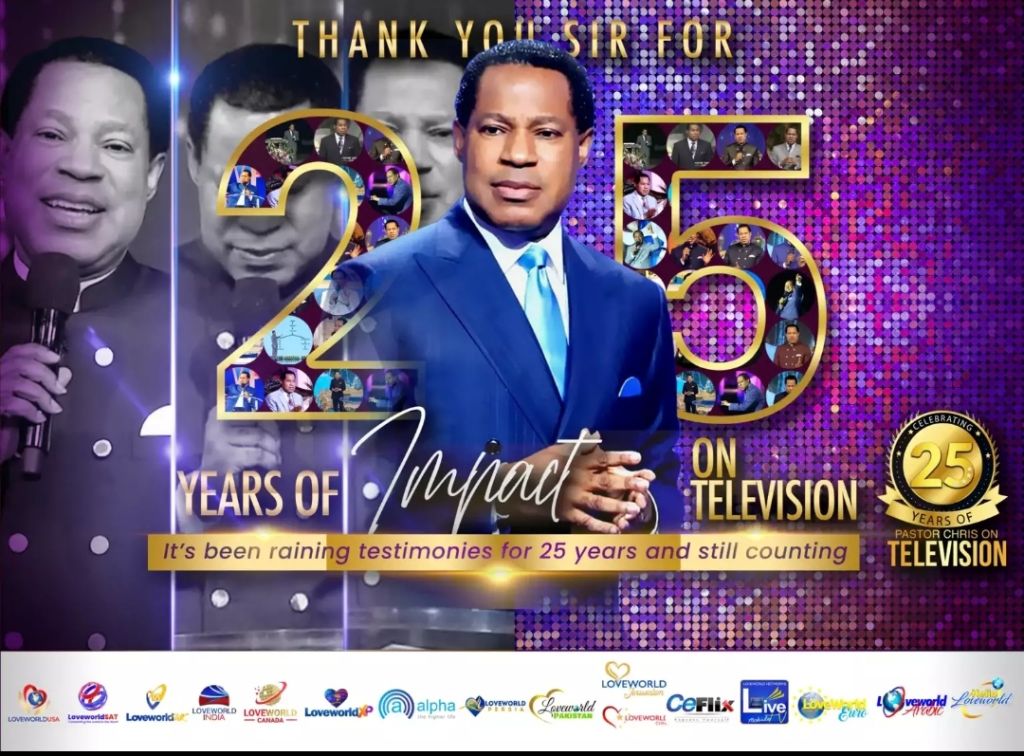 This week the grand celebration of the impact of the ministry of the man of God, Reverend (Dr.) Chris Oyakhilome is being aired daily at 2 pm GMT+1 on all Loveworld Networks and other platforms.

Since his debut entry into the television ministry exactly 25 years ago, Pastor Chris has brought a facelift and revolutionised TELEVANGELISM. The TV ministry of the man of God which began with a teaching program and a unique healing program tagged 'Atmosphere for Miracles' on DBN, a terrestrial TV station in Lagos, Nigeria has since expanded reaching the entire globe.

In 2003, history was made as Pastor Chris launched the first 24 hours Christian satellite network, broadcasting from Africa to the rest of the world — the Loveworld Christian Network (LCN).

The ongoing live celebration which kicked off yesterday has featured amazing testimonies of salvation, healing and conversion from other religions to Christianity by people from different parts of the world. The stories are so touching, inspiring and unique to individuals but they all tell of the efficacy of God's Word from the teachings and ministry of the man of God, Pastor Chris on television.

Today, Pastor Chris holds the record of running the largest Christian television network with the Loveworld Networks reaching billions of people in all Continents of the world.

If this much has been achieved in 25 years, how much more impact will the television ministry of the man of God, Pastor Chris wield before the rapture of the Church? Ponder on this as we joyfully celebrate Pastor Chris on Television for 25 years.