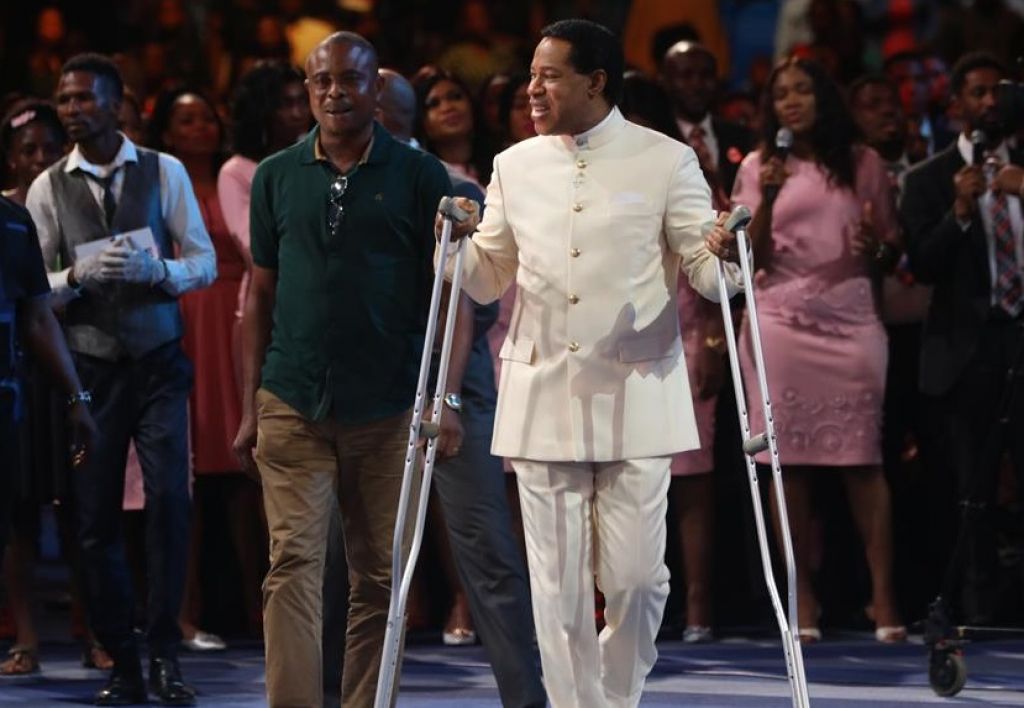 Lame walk, deaf ears open, cancer and other diseases dematerialize as Pastor Chris ministers in an atmosphere of worship and prayers.

Sunday, February 16th 2020, is a date that has been indelibly memorialized in the hearts of attendees at the 'Healing and Worship Service' with the man of God, Reverend (Dr.) Chris Oyakhilome. The special service, held at the prestigious LoveWorld Convocation Arena in Lagos, Nigeria, witnessed a massive attendance of people desirous of God’s divine touch.

Many came from all over the city and distant places in anticipation of divine healing for their bodies. Some brought their sick friends and loved ones, while others came to witness the demonstration of God’s healing power as Pastor Chris ministered. The atmosphere was charged, replete with God’s glory as the people prayed and sang songs of worship to God led by renowned LoveWorld worship leaders.

Upon the arrival of the man of God, the joy of the people could not be contained. Thunderous shouts of praise echoed through the auditorium as he took the podium. Pastor Chris welcomed everyone to the special service, emphasizing that it was a healing and worship service, and as such, as the people worshipped and prayed, their faith would be stirred to receive divine healing and miracles.

Pastor Chris led the congregation in songs of worship to God, and miracles began to take place even before he began praying for the sick. He went on to minister to the sick, calling out specific cases. Deaf ears were unstopped, the blind had their sight restored, many leaped up from their wheelchairs, cancer disappeared and many who were healed of diverse illnesses came forward to testify of their miracles. A high point of the service was when the man of God called for those who received notable healings in their bodies to indicate by putting up their hands. More than half of the people in the hall lifted their hands.

There was great rejoicing and celebration throughout the auditorium. Pastor Chris encouraged all who received healings and miracles to testify of their divine healings everywhere, as that is the key to keeping a miracle. See photo highlights of the service in the photo gallery bellow and follow the LoveWorld News SuperUser account on KingsChat at https://web.kingsch.at/superusers/lwnews for more highlights.